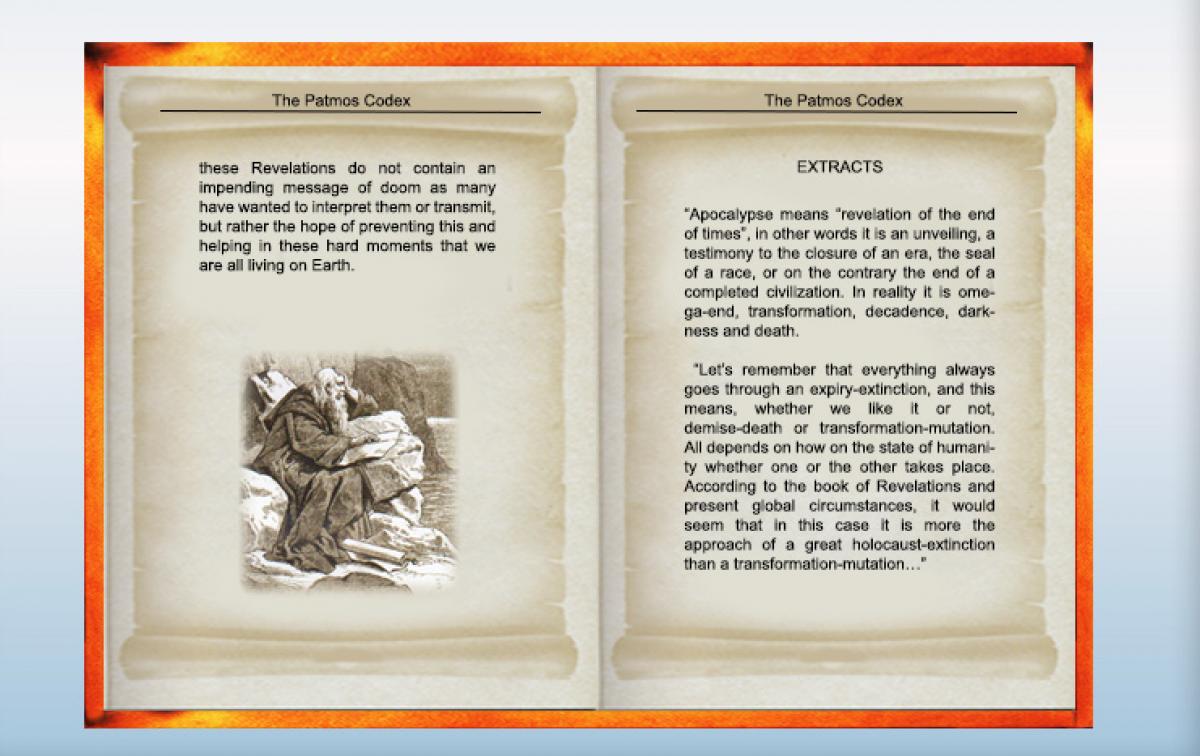 In this incredible book, the renowned writer Ernesto Baron, explains very clearly and with great wisdom and courage, one of the most important and transcendental of humanity’s ancient legacies, which until now has not been properly understood, on the contrary it has often been badly interpreted, and has even been the subject of fear, rejection and controversy right up until the present day… It is the enigmatic Book of Revelations, written by the Apostle John on the island of Patmos in Greece.

The author of this impressive book, the writer Ernesto Baron, gives us a detailed approach to the life and work of Jesus Christ from his birth until his death and resurrection…