The following are examples of the more significant acknowledgements of the many documents and letters the authors receives, for his informative works for the cultural heritage of humanity. 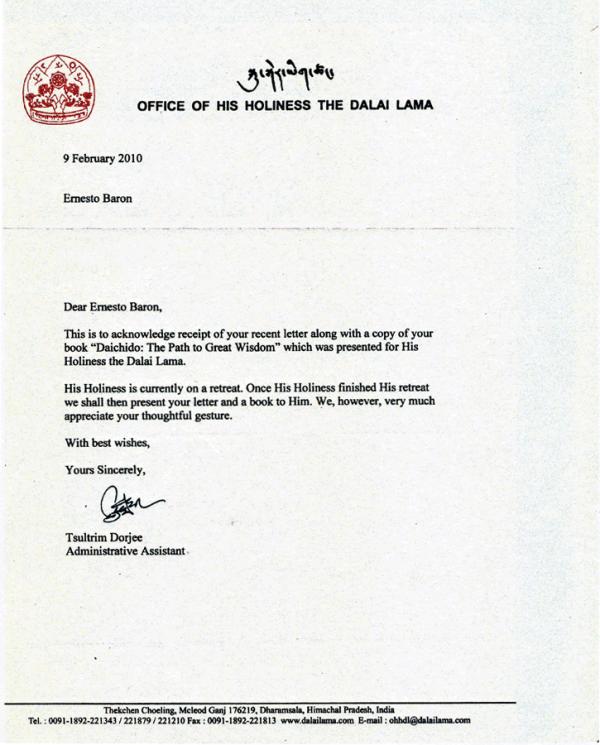 Ernesto Baron, delving into the wisdom of the East, has published several books with profound investigations on these ancient cultures, as is the case in the book "Daichido, Path to the Great Wisdom" a book on philosophy and metaphysics, which unites the wisdom of the East with Western sciences. This book was opportunely sent to his Holiness the Dalai Lama in 2010, who kindly responded to this gesture with gratitude. 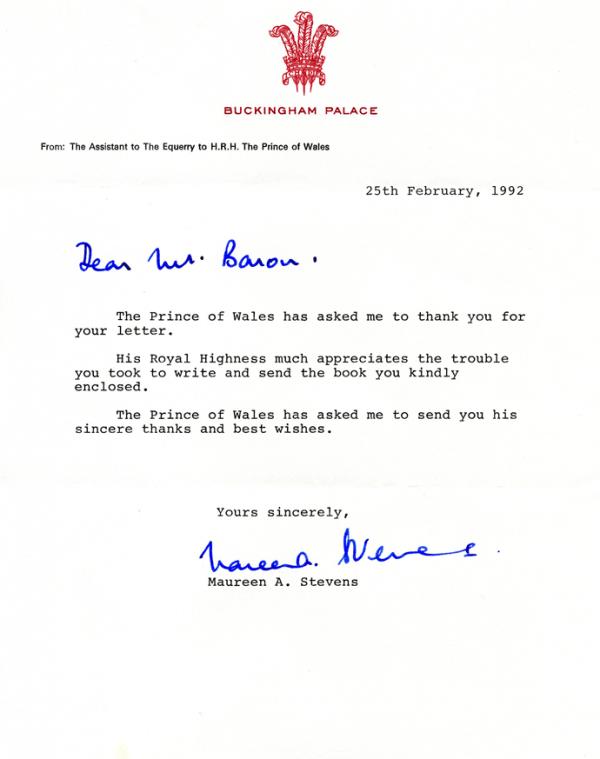 In 1992 on reception of a copy of the English edition of "The Magical Lands of the Celts" where the author Ernesto Barón introduces the reader to the ancestral knowledge of the Hyperboreans, Celts and Druids, Prince Charles sent the following official reply:

"...His Royal Highness much appreciates the trouble you took to write and send the book you kindly enclosed..." 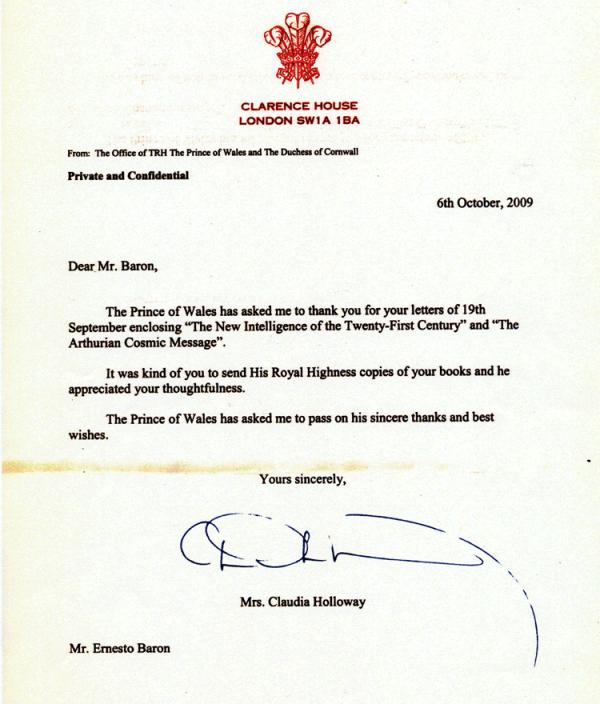 Equally, with the publication in English of the book "The New Intelligence of the 21st Century", a useful work on the Emotional Intelligence, the Prince of Wales, was gifted by the author a copy of this book, with another of of his books in English: "The Cosmic Arthurian Message", a work which transports us to a legendary epoch, where the myth of King Arthur and of the kinghts of the round table is unveiled.
The Prince of Wales in return sent a letter thanking the author:

"...The Prince of Wales has asked me to thank you for your letters of the 19th of September (2009) enclosing "The New Intelligence of the 21st Century" and "The Arthurian Cosmic Message"..."